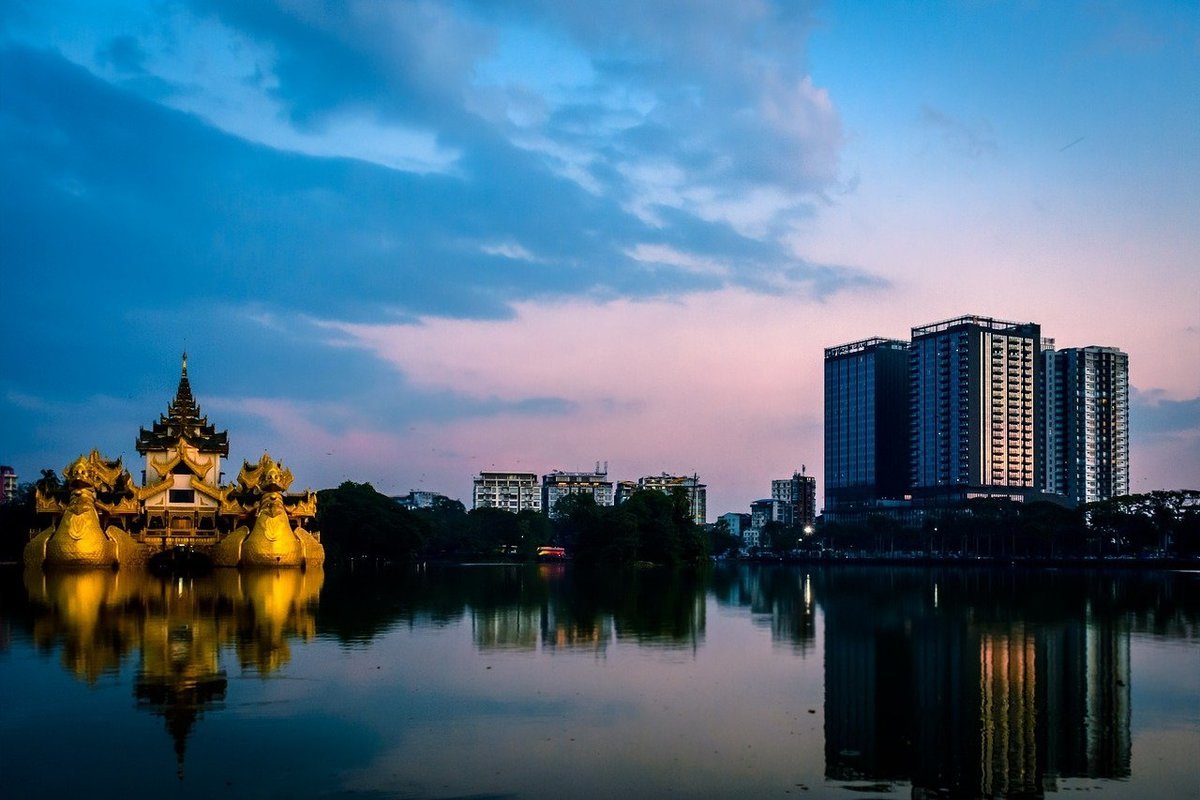 Looking forward to a trip to Myanmar? Thinking which of Myanmar Holiday packages would be the best for your holidays in Myanmar?

Myanmar, formerly known as Burma, with its diversity of geographical settings from snow-capped mountains to white sandy beaches still retains a great part of its traditional heritage, values and culture. Travelers are stunningly amazed by its wealth of culture, pristine nature, numerous glittering pagodas and temples and friendly spirit of its people of many different ethnic groups. It is one of few countries where you can see people still wearing their traditional clothing in daily life. So take a visit to our Golden Land and let its people share their country and culture with you.

While planning for your Myanmar Tour Package, the main destinations you should not miss are Yangon: once the capital city has recently been relocated as the commercial capital of Myanmar and is the international gateway to the country, Bagan: the most important and remarkable archeological site in the arid plain of middle Myanmar is where the city of Bagan lies representing spiritual heritage of ancient Burma, Inle Lake: comfortably lies ringed by the Shan mountain ranges with outstanding beauty of its natural inhabitants and unique living style of Inthar, and Mandalay: the last capital of Burmese kingdom founded by King Mindon of Koneboung dynasty, Mandalay is the second largest city of Myanmar today and situated in the central region of the country and the beautiful sandy beaches of Ngapali and Ngwe Saung Beaches.

There are also famous trekking spots such as Kalaw: the former British hill station on the western edge of Shan plateau,Hsipaw a nice hilly town which has retained Haw or Shan Palace where Sawbwas lived, and good base for treks in northern Shan state, Chin states: at the western of Myanmar surrounded by magnificent pine forests will be a great adventure for those who love to explore such remote lands with indigenous hill tribes, and Loikaw:the small town is naturally decorated the picturesque lakes, hill scenery and distinctive tribal cultures. The most internationally famous "long-necked" Kayan tribes home on this beautiful land.Keng Tong is a small town in the Eastern Shan State and the capital city of the Golden Triangle Region and famous for its villages of several hill-tribes such as Lahu, Akha, La Mone and Shans residing in the surrounding areas. 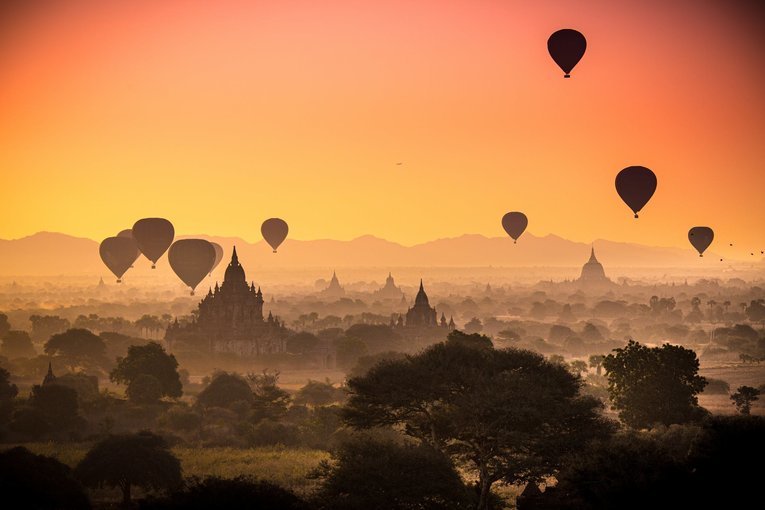 On this exploration tour, you will be visiting all the main destination of Yangon, Bagan, Inle Lake and Mandalay in Myanmar. You will be exploring from one destination to another by local night bus and staying at 3* accommodation. Since you will be tired travelling on the night bus, we have arranged early check in rooms for your refreshments before sightseeing. You tour and activities will be covering all the highlight landmarks in each destination. And there is no hidden cost.  This tour departs on 8th of every months from September 2019 till April 2020. 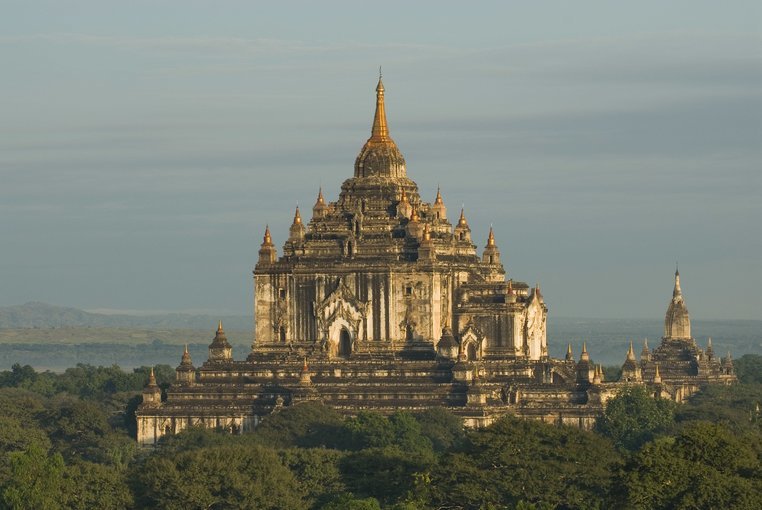 Myanmar was once known as Burma and so we name this tour as “The Grand Burma Tour”. This 14 days luxury tour will take you through all the famous or highlight destinations of Myanmar such as Yangon, Inle Lake, Mandalay, Bagan and the Ngapali beach with luxury options of transportation and activities in between. You will also be enjoy luxury cruise in between Mandalay and Bagan and will be ending with refreshing beach stay. 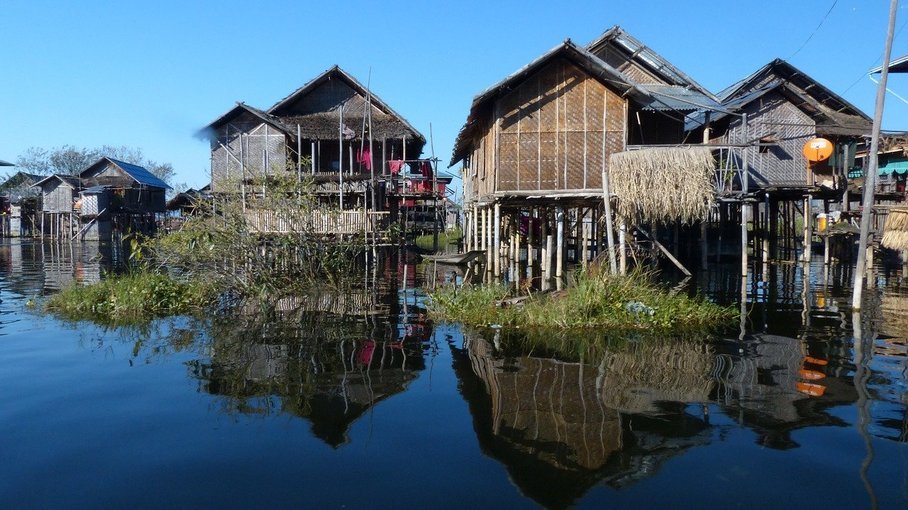 This 16-days tour will take you around all the famous destinations throughout Myanmar overlapping six main attraction sites and the surrounding highlights and guarantee that you will get authentic experiences around the country. You will be meeting authentic local people, interacting with them, learning their daily lives, tasting local cuisines, enjoying wildlife, beautiful sceneries and cultural and heritages of people around the country. The trip is suitable for all type of travelers of different ages. Planning the tour arriving in and departing from two different points, Mandalay and Yangon, saves considerable amount of time and enables more time for exploration. This tour departs on 22nd of every months from September 2019 till April 2020. 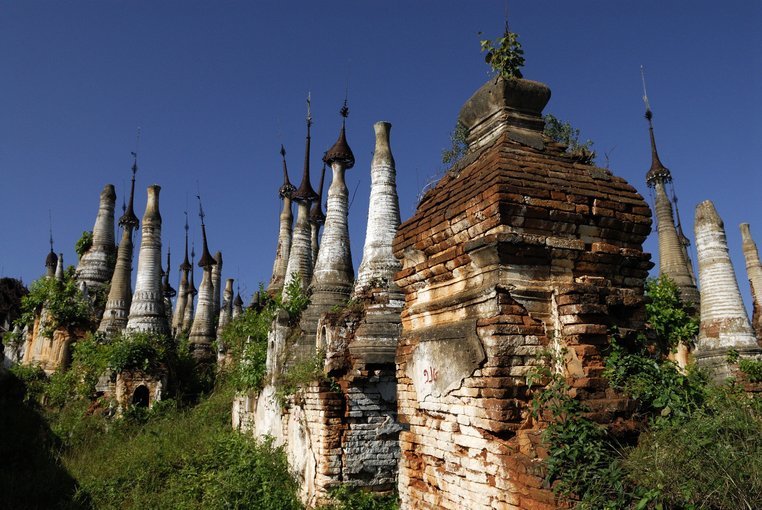 Covering all the main attraction sites and even extending to more highlight attractions around, this 21 days Myanmar tour would be a perfect choice for you if you plan to explore all wonderful sights on one trip. The trip is well planned by including not only the sites, but also well balanced to involve and interact with locals and their lifestyle. It will leave you with a lot of memories. 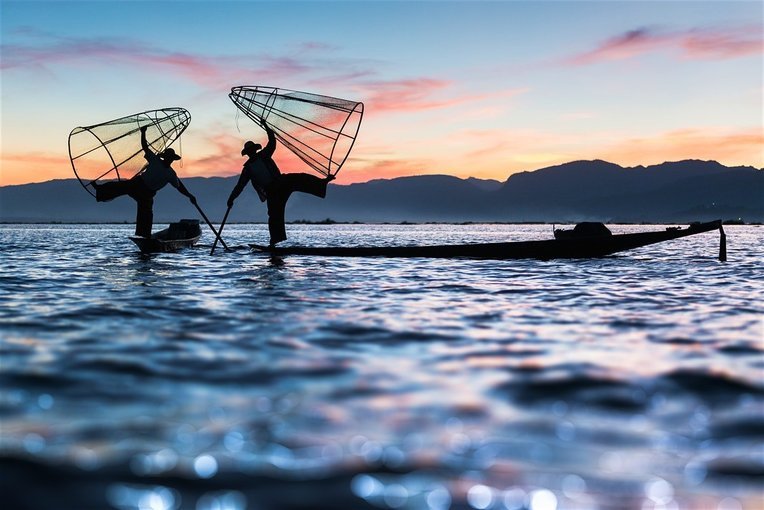 This 16-days tour will take you around all the famous destinations throughout Myanmar overlapping six main attraction sites and the surrounding highlights and guarantee that you will get authentic experiences around the country. You will be meeting authentic local people, interacting with them, learning their daily lives, tasting local cuisines, enjoying wildlife, beautiful sceneries and cultural and heritages of people around the country. The trip is suitable for all type of travelers of different ages. Planning the tour arriving in and departing from two different points, Mandalay and Yangon, saves considerable amount of time and enables more time for exploration. 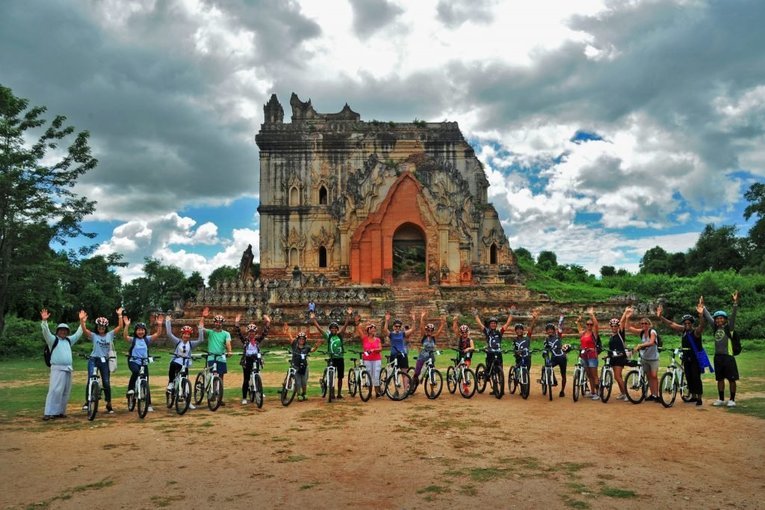 This 10 days Fun Sightseeing and biking around Myanmar tour will take you on a cycling adventure, insightful cultural visit by combining with fun and exciting bike rides. And also you will take part in traditional culinary tour through the street stalls and tea house, even experience of the cooking class. Get to see the wonderful ancient sites of Myanmar and meet the local people and witness their daily life style. 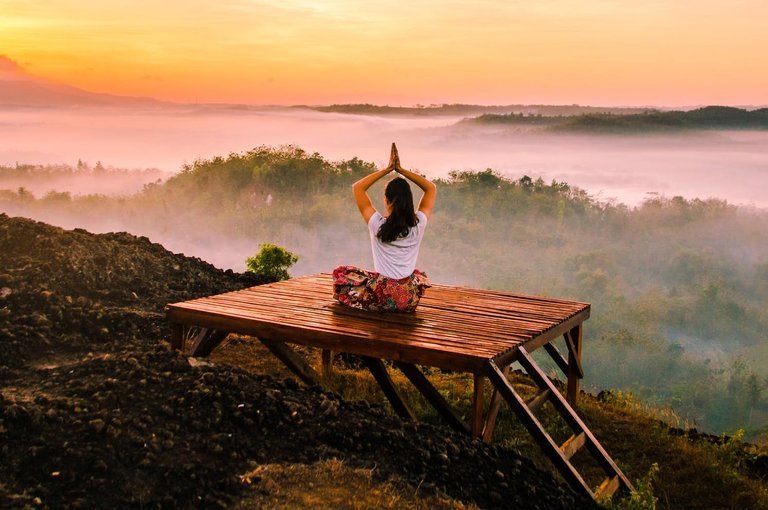 This special 14 days trip intends to give the best to all customers out of all the options we could. While encompassing all the main destinations and experiencing local lives of Myanmar, the traveler may also enjoy mind and body wellness activities on and off during the vacation. 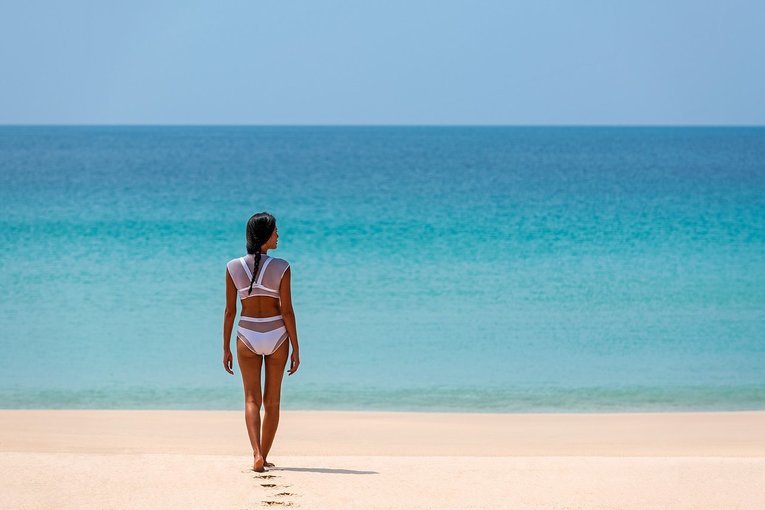 Be amazed at the archipelago which is truly a gem waiting to be explored. Spend your luxury time by swimming amongst spectacular marine life, untouched corals and seashells. Pristine beaches and majestic rock formations await making the island ideal for adventure activities as well as relaxation. It’s a lifetime experience that should not be missed! 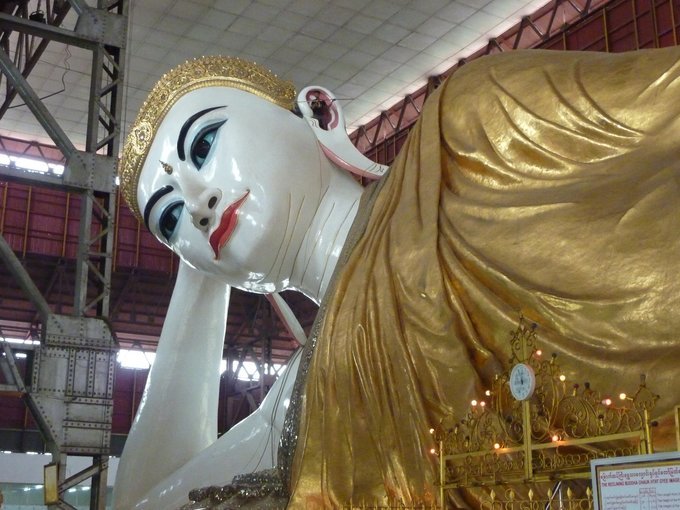 This exciting 14-day tour will allow you to experience the very best that Myanmar has to offer. Be prepared to get mesmerized by centuries-old temples and monuments while you enjoy local sceneries. You will also get a chance to visit a World War II cemetery of Allied forces. Enjoy a private boat cruise along Inle Lake to see the marvelous sights in the area. You may also choose to take optional tour packages to make your trip even more exciting and memorable.

Beautiful natural sceneries around Myanmar is also awaiting you for your ultimate enjoyment. Hpa An which is famous for the caves in which interior walls are decorated with thousands of Buddha images sculpted of all sizes and the beautiful mountains and fields and Mergui Archipelago comprises over 800 beautiful islands and located in southernmost part of Myanmar are some of the breathtaking natural charm of our country. However, being a developing country provides you a privilege to see different authentic communities everywhere around the whole country.

We have compiled different categories of Myanmar Tour Packages which are designed to make it easy for our valued customers to choose depending on your interest and your type of travel. For instance, you may find one of Myanmar travel packages in Myanmar for community lovers if you love to experience and interact with authentic local communities in Myanmar. If you are an enthusiast who want a trip organized in advance but also wants some exploration on your own like local, look into something in the category of Myanmar for Explorer and so on.

Couldn’t find the one what you are looking for your duration and interest? Or you have specific dreams about your vacation? Please feel free to contact us for free consultation in planning the best Myanmar Travel Packages for you. Our travel consultant will always be more than happy to design their best for your Myanmar trip unforgettable!